Comrade Trump and his Master Putin 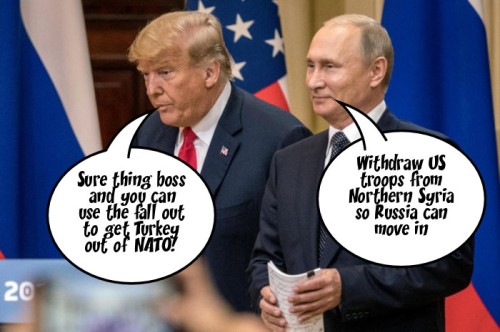 Here are 18 reasons Trump could be a Russian asset

The Year of the Golden Rabbit – Chaos Triumphs! 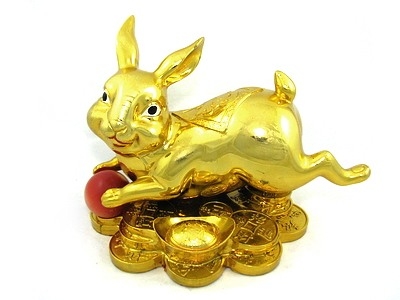 The following are predictions not prescriptions!  There is a big difference!

Afghanistan– Karzai kicks out the US and NATO!

China – Faces new and strategic challenges to state security by Radical Islam within the next five years.

Egypt – The Muslim Brotherhood takes over and US foreign policy is defeated.

EU – Countries with Islamic majorities in the future literally go Islamic within the next ten to twenty years.  NATO is destroyed by this movement as is the EU.  Within twenty years the line between East and West no longer exists.

Russia – Islamic extremists now have a big place too plan attacks against Russia with the addition of Radical Islamic states in the Middle East.  Deeper and more strategic operations against Russia by Radical Islamists cause their ultimate victory in Chechnya.  Russia has no choice but to allow Chechnya to seccede.

Saudi Arabia – Barely Survives and acts as a focal point for Sunni forces in the war against Shiite forces.

US – The Pax Americana is finally destroyed (http://en.wikipedia.org/wiki/Pax_Americana).  The US struggles to handle domestic economic problems and withdraws from the world stage to never return.  The EU and China separately or together cannot create a new world order and the world slips into deadly chaos.  Ecological collapse that might have been solved with a world order of any sort is allowed to happen.

The World – Sea traffic through the Suez Canal allows sea traffic between Europe and Asia without having to go around the Cape Horn of Africa.  Any disruption of the Suez Canal would act as a global expense that would decimate the very fragile current economic recovery.

Radical Islam will overwhelm all anti-terrorist safeguards and be the big winner in the year of the Golden Rabbit!

The US is currently in a total lose/lose situation. Americans really do believe in the exportation of democracy to other countries even if I think it’s largely a waste of time since true democracy comes from within a country and this export attempt interferes with core economic and security interests.  Democracy in Egypt and the Middle East in general, means the election of anti-American
regimes.  At best they will be secular Anti-American regimes that we can reach a pragmatic accommodation with.  At worst, and more commonly, they will be radical Islamic anti-American regimes that cannot be reasoned with pragmatically.  I do think the current Pax Americana in the Middle East did allow for peace between Sunnis and Shiites and this will no longer be the case when the US loses influence in the US.  Like many such artificial situations, pressures have built that would not have built if small conflicts had been allowed over time.  Saudi Arabia and Iran are either nuclear or going to be nuclear and I do think the first tactical nuclear war of world history will be in the Middle East between Shiites and Sunnis.  Only religious fanatics would go down this road. Even a Stalin or Hitler knew better.

The best solution for the US is to move towards energy self sufficiency and allow the Sunnis and Shiites destroy each other while we watch from a distance. Radioactive oil isn’t very useful.

The following study is an attempt to objectively explore the truism:

“Nice place to visit, but I wouldn’t want to live there”

The operational version of this truism would be that tourist cities and livable cities are different cities. The truism has been named the Visit/Live Theory for the purposes of this study.  Two lists that rank cities were compared.  The first list ranks cities according the number of tourists that arrived in a city.

N/A, not applicable since the city was on only one of the lists

Geneva had the greatest difference in rank.  Geneva is a great place to live (2) but doesn’t get very many tourists (98) relative to other cities.  Shanghai had the second greatest difference in rank but in the opposite direction as Geneva.  Shanghai is a city that many tourists visit (13) but only ranks 100 in terms of livability.  A practical implication for expats is to be wary of deciding to live in cities you like to visit without taking the Visit/Live Theory into account.