The Werefox Kingdom had decided that Hugo should introduce a young female werefox to the various magical allies of the werefoxes.  The young girl could only achieve stage one of werefoxness.  Hugo decided to be in stage two of werefoxness. In stage three the young werefox would have difficulty understanding his fox speech and in stage one the magical beings would not understand him.  First stop was the Akashic Recorders.  The Akashic Record was  a record of everything that had ever happened but needed recorders to film the record.  Next door was the Reality Puller.

The Reality Puller pulled reality out of the great ocean of possible realities.  Pulling a reality out of unreality is hard work and the young werefox helped him pull the latest reality out.

The Capacious Crab was happy to see the werefoxes but was angry that humans were still eating his crab children. Hugo felt guilty since actually he enjoyed eating crabs as well. 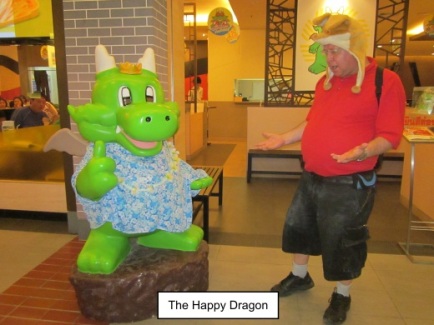 The Happy Dragon suggested the werefoxes have some lunch with him before going off to meet other magical beings.

Sir Horse gave the young werefox some advice about moving about during combat.

The Sublime Geisha gave Hugo some lessons on how to handle a fan. 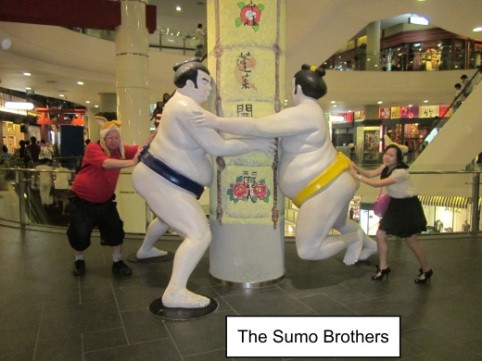 The Sumo Brothers continued their eternal match while the werefoxes helped the one they liked best.

Find out about the powers and history of the werefoxes today!

In stage one, the Orange Werefox has fox ears but retains full human consciousness.  The sense of hearing more or less doubles.

In stage two, the Orange Werefox begins to grow a fox face but still has a largely human face but can hear, smell and sense things a human normally cannot.  This is probably the hardest stage for a werefox to bear since fox thoughts enter into the mind of the werefox but human consciousness is still retained.

In stage three, the Orange Werefox has the consciousness of a super intelligent fox.  The fox senses operate at peak efficiency and the sense of smell and hearing is about ten times higher than that of a normal human.  The werefox now has superhuman endurance, agility, speed and strength.  In the third stage, the werefox is quite happy and may stay a full werefox forever. 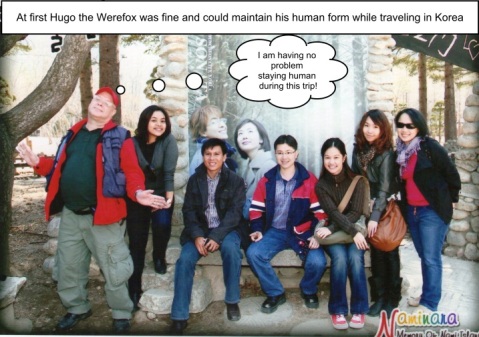 Overnight, Hugo’s condition got worse!  Hugo was not a full werefox again but was a half werefox.  Hugo knew from experience that he could become a full werefox at any time!  Hugo went to see the wearbears in desperation. 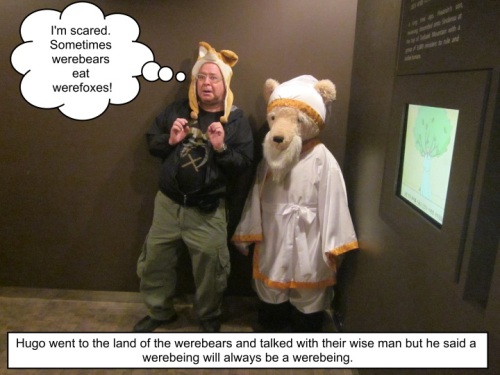 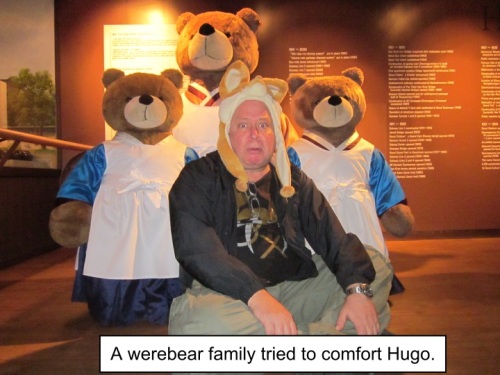 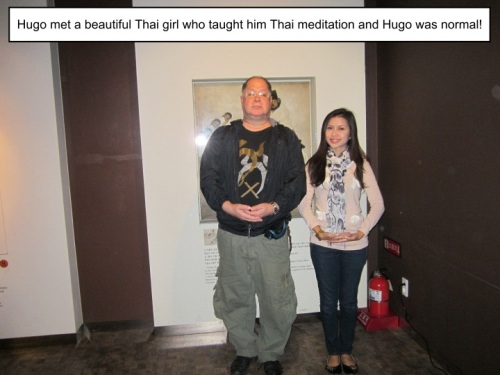 Being a werefox is not easy.  The origins of my condition are genetic.  My grandfather often transformed.  The condition skipped a generation and my
father has never had to endure a transformation.  The family story is that my great, great, great grandfather had a dalliance with a gypsy girl in Ireland in the 1700’s.  My great, great, great, great grandfather broke the gypsy girl’s heart.  He was a lord and lords did not marry gypsy girls in that period.  The gypsy girl’s mother cursed the family.  Our family had a different surname back then but due to our werefox condition we gained the surname Fox over the centuries.  Fortunately, the condition has weakened over the centuries. I do become a little feral when I transform but generally can control my blood lust.  Some have even said I look cute when I transform.  Only on Halloween when the barrier between
the world of spirits and the world of humans is weakened do I become a wild
werefox.  My werefox appearance also changes.  My teeth and eyes become much
larger, and do not look cute at all.  Also, zombies are drawn by my animal energy
and we roam the wilds together.   I can only control the blood lust with great difficulty during Halloween.

I never know when a transformation will occur!

I was on my way to the Khao Kaew Open Zoo near Pattaya, Thailand when suddenly I transformed from my human form to my werfox form!  I was a little nervous since I have found that animals often respond to me aggressively when I turn into a werefox.  Dogs just flip out and bark at me like they had just gotten a case of rabies. Fortunately I also scare dogs when I turn into a werefox so they keep their distance despite their barking.

Well I am happy to report the animals at the zoo are super mellow unlike dogs and none of them acted crazy at all.  The zoo was great except for one thing.  The zoo includes an American raccoon.  That poor raccoon is very obviously dying of heat.  American raccoons live outside in super cold states like Alaska in the winter.  The raccoon is not adapted for the tropics at all.  The raccoon was panting profusely and just looked miserable!  Poor baby!  I think the raccoon would appreciate some sort of pool and an occasional slab of ice to play with. 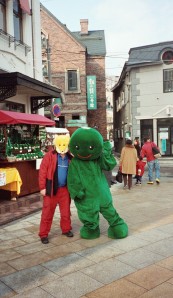