Tag Archives: How To

Make Your Own Clip Copyholder

For some strange reason clip copy holders are hard to find in Thailand where I live so I made my own for less than five dollars.  The clip copyholder below is cheap in the US but hard to find and expensive in many Asian countries. 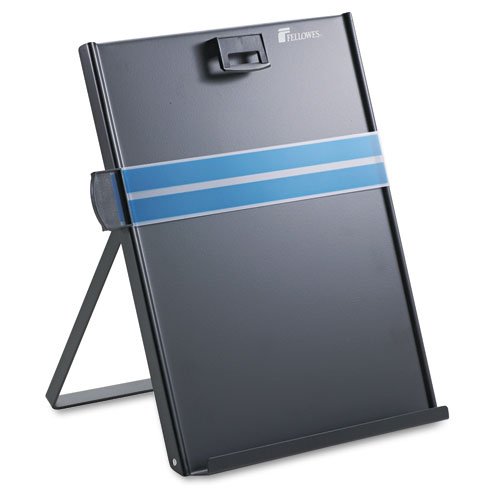 I bought everything I needed at a Daiso shop in which everything is 65 baht or around two bucks.  Daiso has stores all over the world.  Buy a plastic clipboard 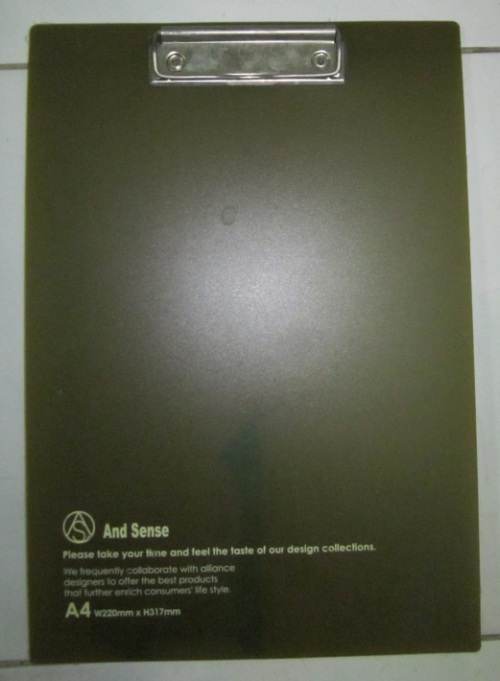 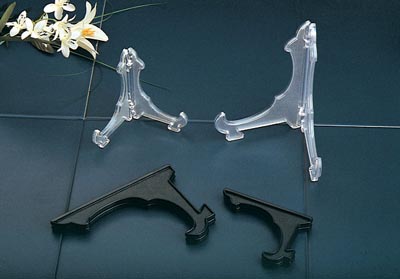 Glue the plate holder to the back of the clipboard 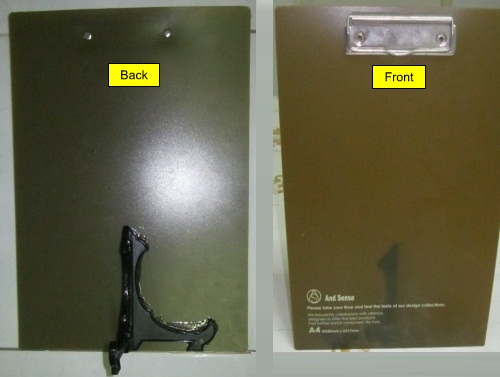 I used plastic acrylic adhesive as opposed to super glue since it’s less forgiving if you make a mistake since the bonding is slower but super glue would work as well.  Plastic on plastic tends to create a stronger bond than plastic and wood so use a plastic rather than wood clipboard.

Tagged clip board, clip copyholder, handy, How To

The rod is shower rod.  The baskets below hold extra clothing.  I used the “S” hooks to attach the rod to the utility shelving.  I also use “S” hooks to attach clothing and bags that’s in usage on the outside.  This setup is really good for tropical climates.  If you put stuff in cheap plywood closet in a tropical climate then the clothes get mildewy.  You really need to use a good closet made up of a hardwood if you go that route.  Even a good hardwood closet can be murder on leather belts.  A leather belt can turn into a moldy mess in any sort of enclosed structure.  All in all, clothes and accessories are better off if they are aired out while being stored.  I am have lived in nine countries over a period of twenty years and don’t like to invest a ton of money on furniture and have found this set up works! 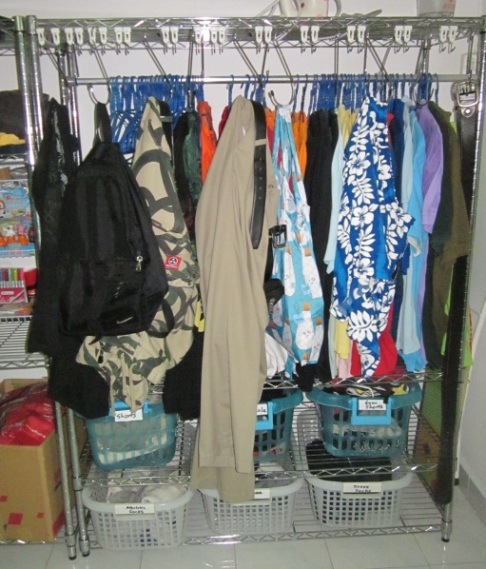 Later I figured out a way to make a sort of tie rack! 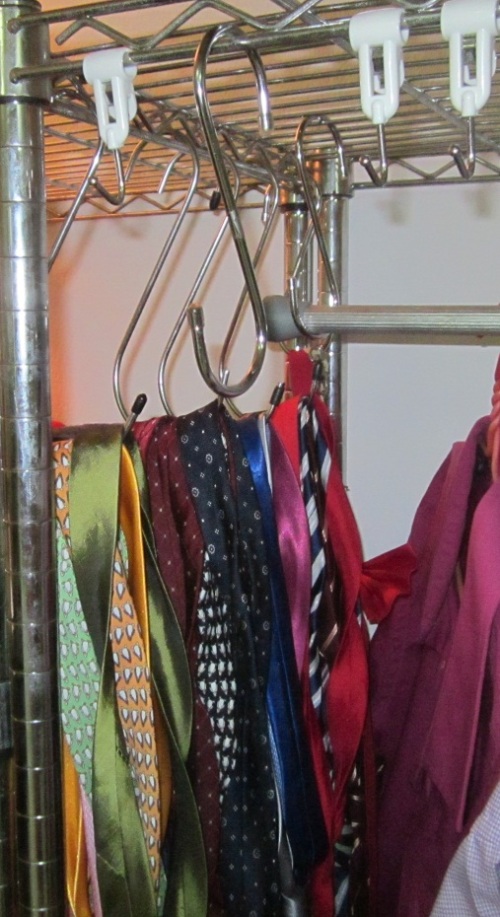 How to Kill Triffids! 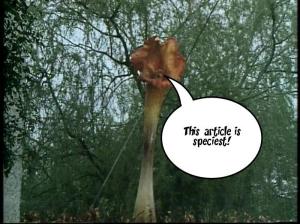 A triffid is a highly venomous plant species.  A triffid can grow to ten feet and is capable of movement.  A triffid can attack humans.  There is a picture of triffid above.  The following is a transcript of an interview I had with Dr. Eerie at a conference on Metamemetic Warfare that was held in Geneva on February 22, 2,000.  I was inspired to share this transcript by the recent release of the BBC version of Day of Triffids (2009) on the Scyfy channel Asia during the last couple of weeks.

Dr. Fox: I am talking with Dr. Eerie about how to kill triffids.  Can you tell me something about your academic background?

Dr. Eerie: My pleasure, my general area of expertise is the application of exotic technology to the problem of warfare.  I was a consultant with the Transgenic Warfare Institute.  Our goal was to create genetically engineered organisms that would be useful in warfare.  The institute focused  on using DNA from one organism and inserting the DNA into another organism.

Dr. Fox: And the triffids were created by your institute?

Dr. Eerie: Correct, the triffids were created by combining animal DNA and the DNA of the Venus flytrap to make an animal/plant hybrid.

Dr. Fox: Why in the world would you create such a creature?

Dr. Fox: I have heard about a zombie, triffid connection before.

Dr. Eerie: The US government has long known about zombies and realized that standard military measures were largely ineffective during a large scale zombie epidemic since human soldiers sent against the zombies in most scenarios ended up becoming zombies themselves making the problem worse.  What was needed was an organism that could fight zombies effectively and be immune to the zombie infection.  After much experimentation, the institute determined that an animal/plant hybrid would be extremely unlikely to mutate into a organism vulnerable to infection due to its plant DNA.

Dr. Fox: I have heard rumors that zombies are actually the result of your institute trying to create an invulnerable human soldier by injecting solanum nigrum, better known as Black Nightshade, DNA into humans.  For some reason various so-called zombie experts think the name solanum refers to a virus rather than a plant genus.  So in a way your institute was trying to make amends for your original science gone wrong experiment.

Dr. Eerie: That is a vicious lie and I will walk out of this interview this minute rather than listen to more lies.

Dr. Fox: Relax, let’s change the subject.  Why triffids?  Why not some other animal/plant hybrid?

Dr. Eerie:  We had created a computer simulation called Plants vs. Zombies to test various animal/plant hybrids versus zombie scenarios and the triffids consistently had the most success in any number of scenarios.

Dr. Eerie: A simplified version of the original simulation was sold to PopCap games in order to defray some of the costs of the institute.

Dr. Fox: Why would triffids be so effective against zombies?

Dr. Eerie:  Triffids are attracted to the distinctive odor of putrefication of zombies but are so slow moving that they would only be effective against zombies that are even less intelligent and even more slow moving than the triffids.  Physical attacks by zombies would be largely ineffective against a triffid but would not occur in the first place since zombies do not attack plants even in self defense.  The plan was to have humans hunker down during a zombie outbreak and let the triffids take out the zombies.  The simulation showed that in an urban area a single triffid could be expected to consume 1,000 to 2,000 zombies per day.  1,000 triffids could clean out a city with one million zombies in less than three days.

Dr. Fox: Where do the triffids put it all?

Dr. Eerie: The zombies go in one end and come out the other end.  The waste product created actually makes excellent top soil.

Dr. Fox: What about the danger of triffids to humans?

Dr. Eerie: That is total science fiction!  I have seen the ridiculous movies that vilify triffids and make them seem like a danger to humans rather than the wonderful anti-zombie weapon they were bred to be.  Humans can easily kill triffids!

Dr. Eerie: Let me ask you a simple question.  If you wanted to get rid of some weeds in your yard, would you “a” shoot up your yard with an M-16 or “b” spray herbicide on the weeds?

Dr. Fox: Well I would use herbicide.

Dr. Eerie: So why do the idiots in the movies use firearms against a plant?

Dr. Fox: You know that is a really good point!

Dr. Eerie: Exactly, the best way to get rid of triffids after they have destroyed the zombies is by aerial spraying.  One helicopter pilot can easily kill hundreds of triffids per day using the US Army Pesticide Unit with a capacity of 150 gallons.  One large fixed wing aerial spray system such as the Modular Aerial Spray System, MASS for short, can carry 2,000 gallons of spray liquid and easily destroy thousands of triffids in an area the size of New York City.

Dr. Fox: Won’t the triffids hide from the planes?

Dr. Eerie: Even the Triffid movies don’t give triffids that much credit and the fact is triffids are creatures of instinct rather than intelligence.  Plants, including triffids, seek out light and make easy aerial targets unlike zombies that hide in nooks and crannies.

Dr. Fox: Wow! But can the triffids get those nasty zombies in those nooks and crannies?

Dr. Fox: But I don’t have access to any aerial herbicide system!

Dr. Eerie: Any old herbicide in your garage will do the trick!  Just don’t try to shoot the triffids.  Spray em don’t shoot em.  And here’s the best part, the triffids have been designed to be especially vulnerable to a homemade herbicide of vinegar and water.  Vinegar is a common household ingredient even available in third world countries that would not have access to advanced fire arms.

Dr. Eerie: If you face a triffid, forget your gun and grab gallon bottle of water and add one ounce of vinegar and douse the body of the triffid. Bye, bye triffid!

Dr. Fox: Any other suggestions?

Dr. Eerie:  Make a trench around your house and fill the trench with herbicide.  The tentacles of the triffids will touch the herbicide and the triffid will avoid your house.  In one particularly, stupid BBC triffid show, a nun sacrifices humans to keep triffids at bay!  How hard is it to make a trench?  Don’t they have shovels and herbicides in the tool shed of her church! Ok, the premise of the plot is that most of humanity is blind due to a solar flare but how many sighted humans do you need to make a trench around a building in a day? I think one could easily do the job!  The sighted human in turn could direct dozens of blind humans to make a trench filled with herbicide around an entire town within a day.

Dr. Eerie: We even designed triffids to make a clicking sound that attracts zombies like crazy but should give even the dumbest human plenty of warning and time to get away.

Dr. Fox: What about the stinger that blinds you?

Dr. Eerie: Ok, I admit that is a major design flaw.  Hey, wear glasses!  Sunglasses, regular glasses, safety glasses, whatever!  Is that so hard to do?  And why do these same idiots in the movies that are trying to shoot a plant with a gun and know all about the stingers run around without any eye protection?

Dr. Fox: You know I am thinking triffid movies are much stupider than zombie films.  In zombie movies the humans at least try to figure out how to fight the monster.

Dr. Eerie: Don’t get me started!

Dr. Fox: Well there you have it folks!  Triffids are not your enemies but your friends!  Thanks for the interview Dr. Eerie.