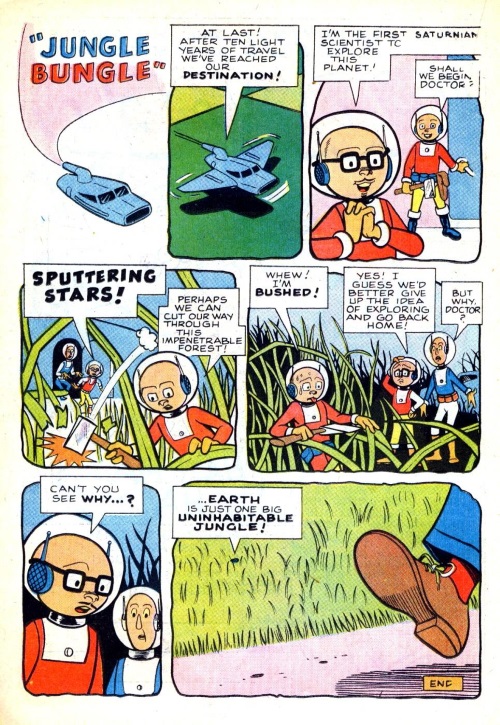 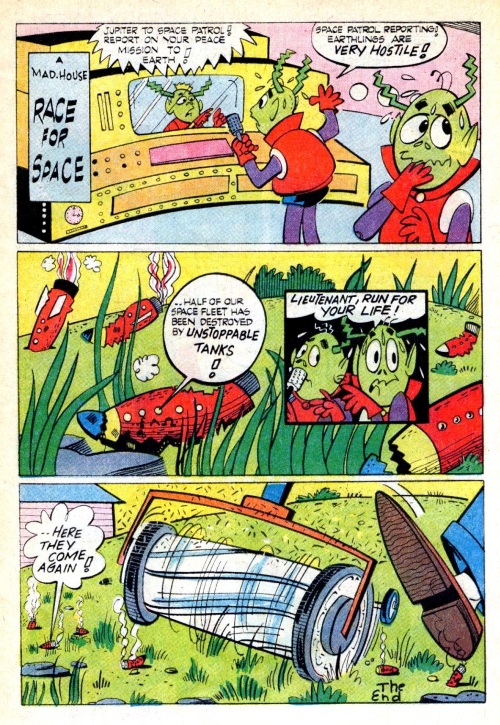 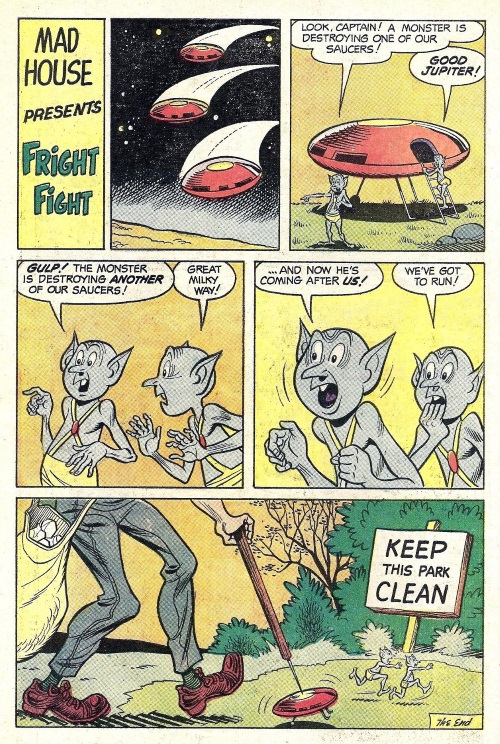 Harold’s story is basically a remake of Horton Hears a Who! A big elephant because of his big ears can ironically hear the inhabitants of Whoville that are too small to be perceived by anyone else. We learn that a person is a person no matter how small they are.

Journey into Mystery V1 #63 shows that there is always someone bigger in the universe in “Goliath! The Monster that Walked Like a Man!” 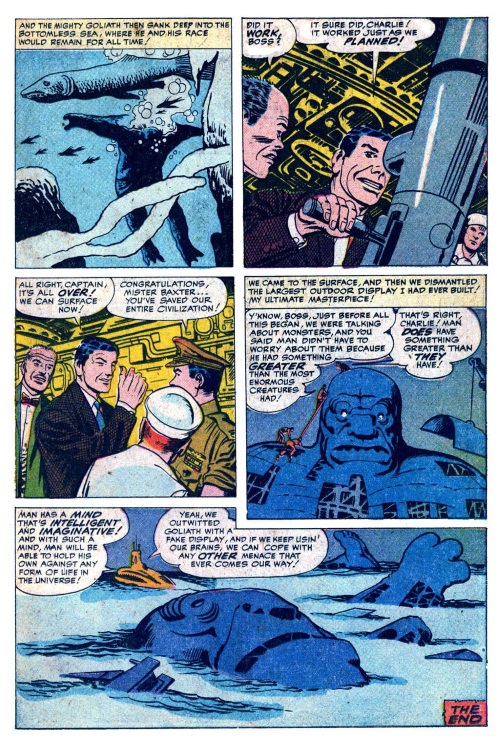 Journey into Mystery V1 #72 shows that baseball can be seen from a different perspective. 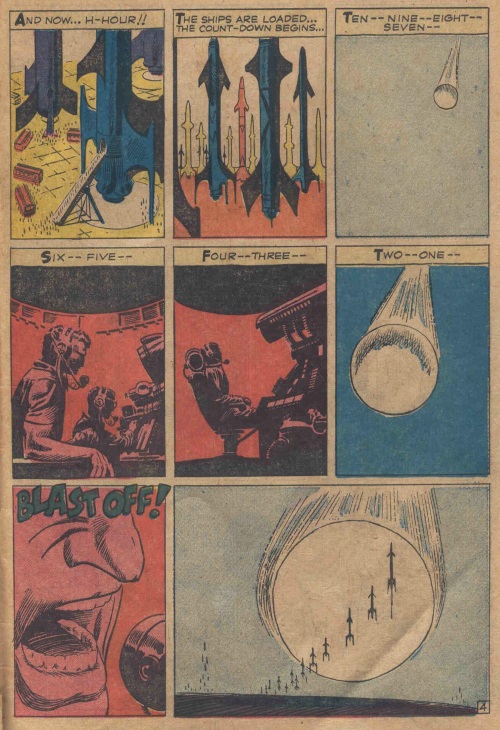 In “Brief Lives”, Omega Men #26, the Spider Guild tries to conquer giant aliens in the planet Ogyptu that live for millennia and move, think and perceive the world at a geological pace.  The entire invasion by the Spider Guild over a thirty year period is barely perceived by the giants.

Tales of Suspense #9 “Earth Will Be Destroyed!”

Tales of Suspense #13 “When the Earth Vanished!”

Tales of Suspense #23 “The Changeling”

Tales of Suspense #34 “The Coming of the Giants”

Tales to Astonish #3 “I am the Giant from Outer Space” 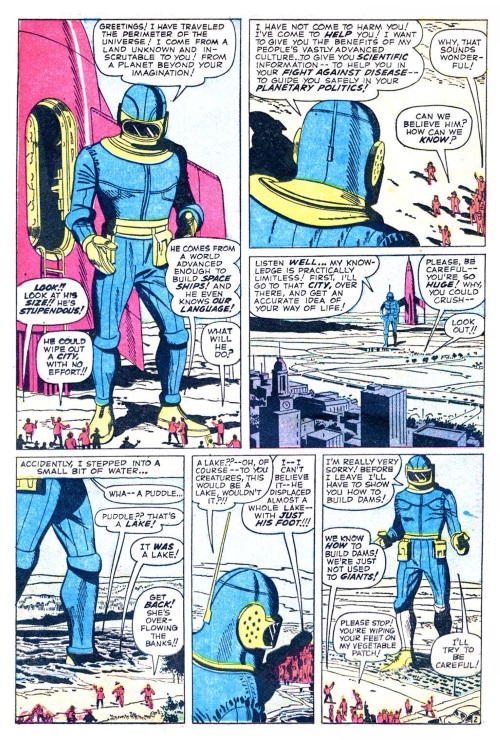 Tales to Astonish #5 “I Landed on the Forbidden Planet” 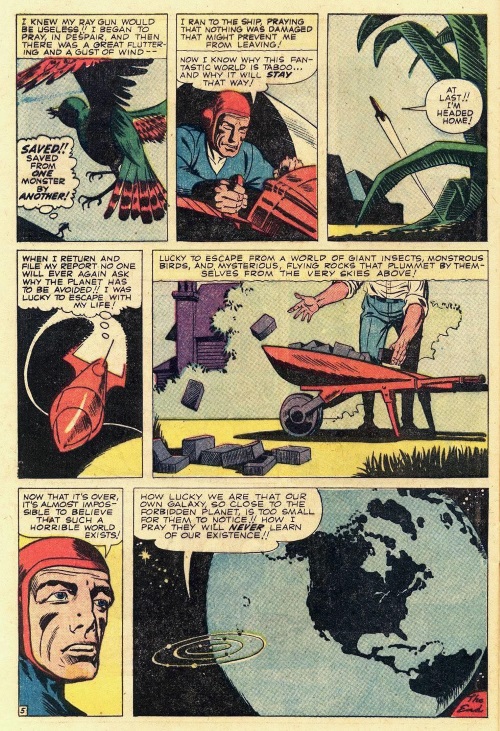 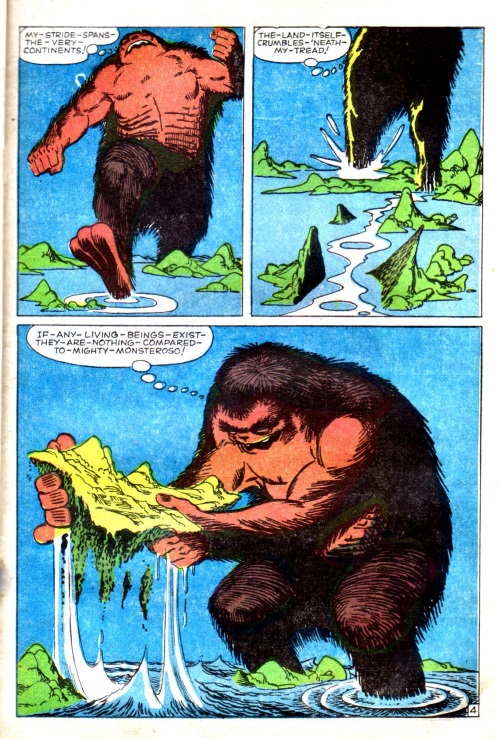 Tales to Astonish #37 “The Star Raiders”

Tales to Astonish #49 “The End of the World”

In Silver Surfer V1 04, Tim Boo Ba discovers that he is not such a big guy after all! 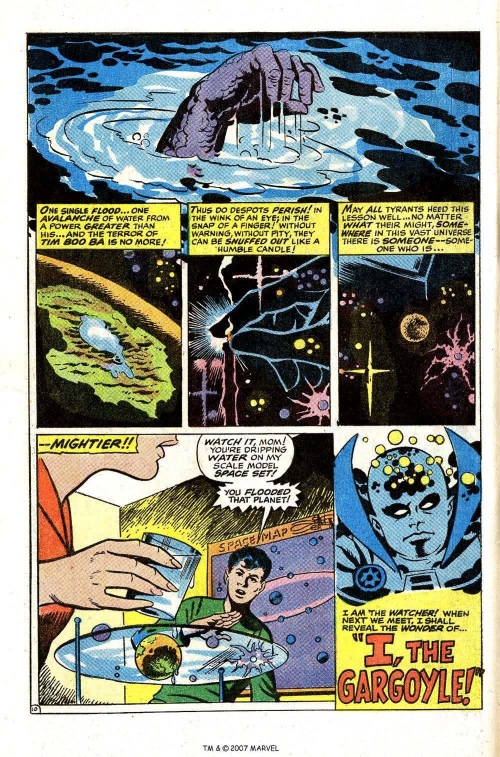 The lesson can be that small beings are more useful than big beings in some situations. Bigger is not always better. Sometimes small is beautiful to quote the economist E. F. Schumacher.

The Lion and the Mouse is an Aesop fable in which a mouse is spared by a lion. The lion is pretty arrogant about his size. Later the mouse frees the lion from a net by gnawing at the ropes. The small size of the mouse allows the mouse to do something the lion cannot. This is a small is beautiful lesson.

Marvel has Ant-Man (Marvel) who ironically defeats Loki in the debut issue of the Avengers. 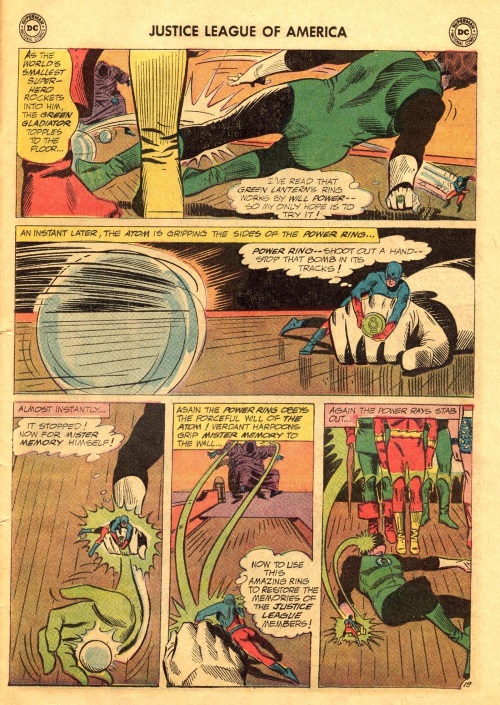 Birds of a Feather Applies to Size

Birds of a feather flock together applies to beings of the same size in Archie’s Madhouse #23 and 124#. 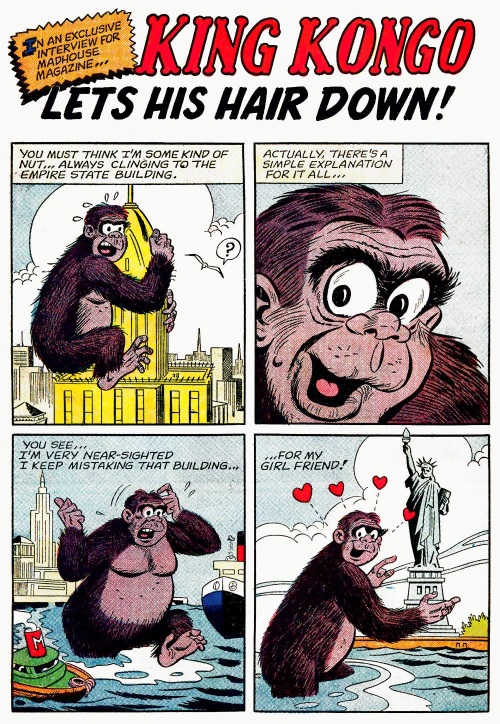 Am I Kitsune? on Scribd

Am I Kitsune? on my Google Drive.

Like Loading...
This entry was posted in Comic Book Critique and tagged comic books. Bookmark the permalink.