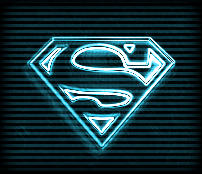 Superman finds that more and more his super strength is less important than his super intelligence which enables him to infiltrate and control simulated beings sent against the Justice League.

Years creating green energy constructs with his power ring mean that Green Lantern can take over the image processing systems of the virtual reality and create not just create simulated beings.  In this virtual environment, Green Lantern is by far the most powerful Justice Leaguer.

Aquaman can swim through data streams unlike his fellow Justice Leaguers.

Flash has a super fast mind that allows him to out race any countermeasures created by Brainiac.

Matrix Batman can deduce trap doors and back doors Brainiac has in his computer systems due to his keen analytical intellect.

Matrix Wonder Woman hates the virtual reality and finds herself being the weakest member of the team due to her inability to figure out how computer systems work.