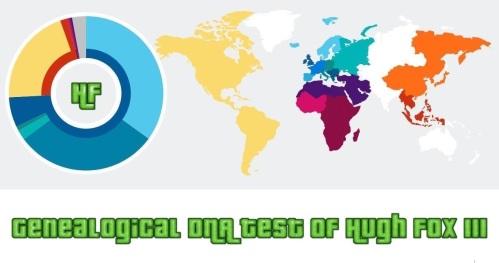 The following is an attempt to explain my 23andMe profile. My genetic heritage is 74% European. The 35% Northwestern European is probably from my father’s side. My paternal grandfather’s father and mother came to the US from Ireland. My paternal grandmother’s father and mother came to the US from Czechoslovakia so that probably explains the 29.9% Southern European. My mother’s ancestry includes Spanish, Italian and even Hungarian. That probably explains the bits and pieces that are from all over Europe. However, my mother’s family has always insisted there is some “Huanco” blood i.e. Native Americans from the area of Huanco in Peru. The story goes that one of my Peruvian Spanish ancestors married a Native American to get her land as was allowed then under Spanish law unlike English law. The Huanco story would explain the 20.4% that is Native American. 2.9% of my ancestry is unassigned.

I frankly hope that I have alien DNA as in aliens from other planets! Pre-Columbian Peru is after all the most prominent site of ancient astronauts. That would explain my Hyperkinesic Perception (HKP). LOL! I occasionally have interesting dreams and am pretty good at figuring out body language but I wouldn’t go so far as to say I have a superpower!

In general, I support research that would look for correlations between unassigned DNA and cognitions that manifest themselves observationally as psychic powers. In my article, A Survey of Psychic Powers Found in Fiction and History, I found precognition is the most common psychic power in history. I posit that precognition is an ability to process huge amounts of information and then create output in the form of dreams and/or visions.   I have come to the conclusion there are no psychic powers as such but rather some human beings have cognitions that mimic psychic powers. However, I am sad to say that I suspect unassigned DNA is not caused by extraterrestrials but due to more mundane factors.

BBC has an interesting discussion that alien unassigned DNA is due to gene-swapping with other terrestrial species as the donors. Crisp et al, have found 145 alien genes in the human genome! Crisp et al also state that most gene-swapping is due to bacteria and protists. As far as I know no one has speculated what macro factors would affect gene-swapping.

I have a pet theory of my own. Warmer climates cause an increase in insect populations and the spread of diseases via insects. Warm water has more bacteria than freezing water. Drinking from a running river in Norway in the winter is probably a safe bet. Drinking water from a running river in the tropics is one way to lose a lot of weight quickly! If a population is exposed  to more bacteria via various mechanisms then perhaps there will be more gene swapping than in a population exposed to less bacteria. Warmer climate indirectly causes more gene swapping. In particular, could a hot climate in the Amazon cause more gene-swapping among the inhabitants over thousands of years than elsewhere? Huanco is not that far from the Peruvian Amazon.

Furthermore, shamanic practices, such as those practiced in the Peruvian Amazon, may have thrived because there were more persons that were predisposed to have the cognitions a shaman needs to be successful. Perhaps there is more alien DNA among Africans not due to sampling but because of more gene swapping due to the tropical climate of Africa? I have never been to Africa but have had friends that have traveled there and feel there is almost a psychic connection to the land and people. You don’t really hear this sort of thing when people discuss let us say Finland.

On a personal, note I am very intuitive and one thing an intuitive person can do is sense who is and who is not intuitive. I have been all over the world and from first-hand experience I don’t think so called “intuition”, which is the poor cousin of psychic powers, is equal among all human groups. Some human groups seem to better at the intuition game than others regardless of causation. Overall, is there any relationship between DNA due to terrestrial gene-swapping and cognition outliers?

I admit this is all wild speculation! 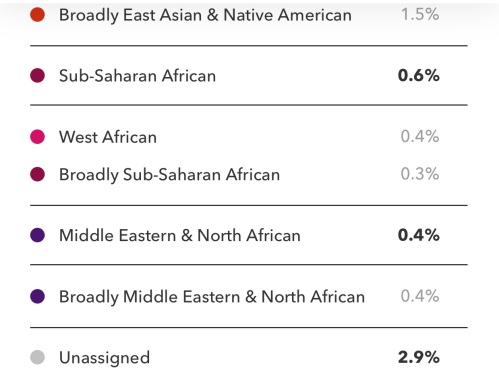