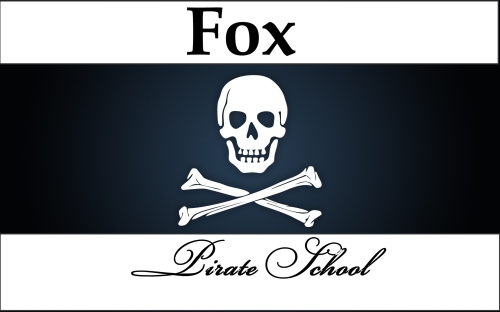 1.0) Pirates of the Caribbean Movies

There are lots of doubloons in the Caribbean due to triangular trade. 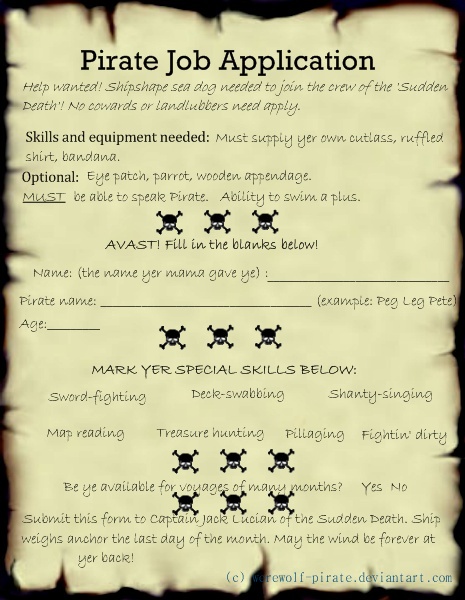 1.8) When did pirates of this movie series exist?

1.9) What is the connection between the Disneyland attraction and this film?

2.1) What is the particular name of the pirate pistol? 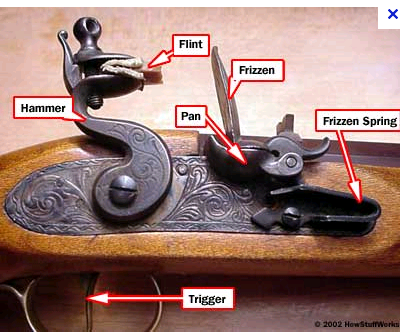 2.2) What is the biggest drawback for this sort of pistol?

2.2) What is the particular name of the pirate sword?

2.3) What are some advantages of this sort of sword?

4.1) Say the following vowels in a gruff pirate manner:

4.2) Why did pirates talk in a gruff manner?

4.3) Do the following dialogue with a fellow student:

Student A – Aaaarrrrgggghhhh! – INSERT YOUR FRIENDS PIRATE NAME – you be a scallywag and must walk the plank and be sent to Davy Jones’ Locker fer trying to hornswaggle us.

Student B – – INSERT YOUR FRIENDS PIRATE NAME – you scurvy dog!  I will not be walking the plank but will cry havoc and let slip the dogs of war!

4.4) What does the above dialogue mean?

4.5) Make your own pirate sentence using the pirate dictionary below:

Affidavit – sworn oath to be truth, aka Affy Davey

Batten Down the Hatches – tie down the hatches, shut your mouth

Bearings – location, to find where you are

Bite the Bullet – be brave

Blaggards – aka blackguards, a scoundrel or jerk

Blockhouse – wooden fort with holes to shoot from

By Thunder – also By the Powers, swearing by something, usually God

Cry Havoc – from Shakespeare, meaning to start a war

Davy Jones Locker – bottom of the sea, death, Jones is evil spirit that preys upon sailors

Execution Dock – where the gallows are located in a sea port

French Leave – sneak off and abandon your shipmates, cowardly

Gallows – framework with a rope noose to hang criminals

Gunner – sailor who fires the cannons

Hand – to tie sails to the yardarms

Keelhauling – to drag a person across or along the keel of a ship, often fatal

Leeward – aka lee shore, the wind blows toward this side, bad position

Lubber – land lover, not a sailor, a wimpy person

Maroon – abandon on a deserted island, a person who was abandoned

Matey – aka mate, another sailor on your ship who is your friend

Mess – the place where meals are eaten

Messmate – sailor on your ship, someone you share meals with

Musket – gun or rifle which requires loading after every shot, uses gunpowder and shot

Mutiny – when members of a crew or army overthrow their officers

Quartermaster – officer in charge of assigning rooms and supplies

Reef – to tie part of a sail to the yardarms

Seafaring – working or traveling on the sea

Shipmate – sailor on your ship, a friend

Swab – a sailor, usually one of low rank

Swing – hang by the neck

Swivel Gun – small cannon whose aim can be changed easily

Pirate Vocabulary and phrases at: