Bar charts and column charts are similar: only their orientations differ. A bar chart is orientated horizontally, whereas a column chart is arranged vertically. Sometimes “bar chart” refers to both forms.

These types of charts are usually used for comparison purposes (unlike line charts, which describe change).

It shows the populations of various European countries in the year 2007. The populations are only for one year, 2007, and so we cannot make any comments about change in population: we can only compare one county with another.

When you write about a bar or column chart it is important to look first at the Chart Title. This tells you what information the chart displays and you can use this information in your description.

Then look at the X and Y axes. The titles of these axes sometimes give you information you can use in your description. It is important also to look at the UNITS. On the Y-axis in this chart the units are millions. The population of Belgium in 2007 was not 10, but 10 million people.

Bar and column charts show similarities and differences. When describing these charts you need to make comparisons.

You also need to group together any columns which have broad similarities.

Answering these questions will help you to write a short description of this simple column chart.

Here is an example:

To make comparisons, you need to know the comparatives and superlatives of common adjectives. Here are some examples:

To signal comparison and contrast within a sentence you can use the following conjunctions:

To signal comparison and contrast between sentences you can use the following words and phrases:

Look at the Y axis. You can see that it starts at 30, not zero. Sometimes charts are formatted like this in order to make the differences more obvious. To see a comparison, see the next page.

In general, when describing a chart of this type, you should describe the most important change first. Then you can compare individual items (in this case, countries).

The most important information on this chart is that in all countries, except Poland, the population increased from 1996 to 2007.

It is important to mention any exceptions to the changes you describe. In this case, the exception is Poland where the population fell very slightly in the period described.

Answering these questions will help you to write a short description of this simple column chart. For example:

These two charts show EXACTLY the same information. However, it is easier to see the differences in the first chart because the Y axis starts at 30, not zero. Sometimes charts are formatted like this in order to make the differences more obvious. 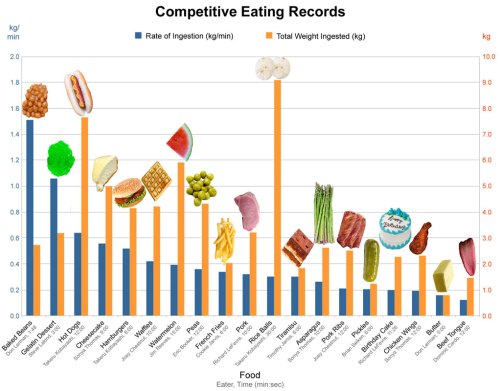 The students will describe the graphic assigned to that student to the other students.

2 responses to “Describe a Bar Chart”