A History of Violence in The Killer – Affairs of the State

A concise history of violence in The Killer – Affairs of the State 04 (of 06) (Archaia). The history in this comic book makes the point that violence has become more controlled, precise and smaller as in assassinations. The KGB might have taken out Ukraine with a hundred bombs. The KGB used snub nose 38 police revolvers and shot the victim in the face to show a message. A face blown off sends a message! The KGB was good at sending messages! Very few people have the ruthlessness to use their 38 to blow off someone’s face. Headshots to the back of the head are the preferred method of assassination for the mob. I can only speculate that an agency that used poisoned cigars against Castro uses many creative methods. I do know from public sources that CIA does use the General Atomics MQ-1 Predator which is expensive but only used for high value targets, I assume. And boy this boom sends a chilling message not just to gang but even to countries as a whole!

However, Putin is a butcher not a student much less a master of assassination! Maybe too bad for the world. I am following line of thought. The lesser of two evils is indeed a way of handling many realpolitik situations logically. Organized crime is preferable to disorganized crime. Professional assassinations are preferable to butchery. Less blood and more effect are one way of measuring how effective violence can be. Blood entails cost in materiel, damaged soldier mentally or physically and international good will. If you can destroy and opponent with a single bullet then you are to be congratulated. If you use lasers and hypersonic missiles and lose two border countries to NATO then you are dreadfully inefficient. The goal is not to be brutal and inflict damage but to achieve political goals via the least effort and most importantly the least cost. China is very efficient and understands the correct relationship between military goals and political goals. The military is a means to an end. Political goals are the end! A simple idea with profound consequences! I end with my motto on such matters: “Make money not war”.

Economic war has many advantages over military war but there is the equivalent of atomic bombs in economic warfare and mass starvation does interfere with the overall political goal make money not war. Mass starvation leads to governmental chaos and can spread! Order is preferable to chaos for business. Businesses are very flexible but do need some stability. The US in fact is using military means and using the Ukrainians as proxies and only providing materiel and training. No US boots on the ground. On top of the military means there is the economic war led politically by the US. Man, alliances can really help! By the way Biden’s approval ratings are lower than those of Trump at the same time in his presidency! Biden, “It’s the economy stupid”. If Americans have to choose between beer and pizza Friday due to a lack of funds then it’s time for a new President! 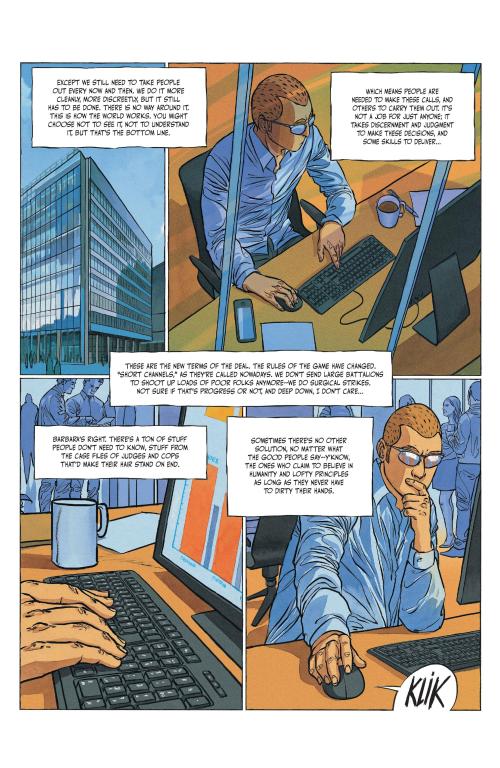