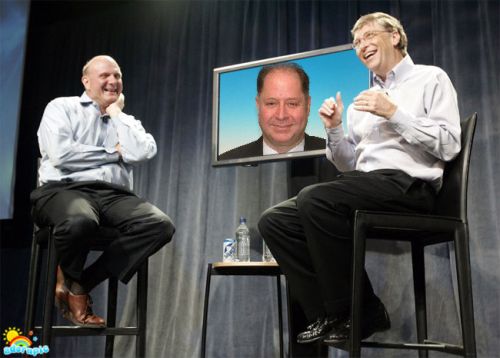 1) Account team – These are the key players that bring a campaign together. This normally consists of an account director (responsible for overseeing overall team management); account manager (responsible for day to day project management); senior account executive/account executive (carries out most of the day to day functions); account manager (programs execution of campaign activities on a daily basis) and an account assistant (providing clerical assistant and researching information to support the campaign).

2) Advertorials – These are feature articles that are used to promote a company’s services and products and can be found online and in print. These articles normally contain a number of keywords to help their ranking in key search engines.

3) Angle – A specific emphasis we chose for a story that we present to the media – i.e.- presenting headphones as a great travel gadget because they are portable.

4) B2B (business to business) – Clients that focus on resources by businesses for businesses – PR efforts deal a lot with trade and business publications as well as analyst relations.

6) Boilerplate – A short company description most often used at the end of a press release.

7) Brainstorming – This is the idea generation process that takes place within an agency to develop a campaign strategy.

8) Brief – This is the outline of the campaign that is given by the client to the PR agency or developed as collaboration between the two.

9) B-roll – Previously recorded video footage, often shown in the background, which can be used to bolster a news story about your client.

10) Byline – Articles or tips that are authored by a thought leader at a company (or the company itself) about a topic in which they are influential. Used as part of a robust media relations campaign and often liked by media because it is ready made (a.k.a. easy to publish) content.

11) Circulation – The total number of copies of a print publication that is available for readers, whether through subscriptions or newsstands. This is a number we share with clients as one of the factors to the relevancy of a piece of coverage they have received.

12) Copy – This is normally text in the form of press releases or articles that are distributed through a variety of mediums including journalist contacts, social media and press release websites.

13) Coverage/Clip/Hits – An article, story, blog or segment that mentions your client. Also refers to the physical copy of that mention that can be given to clients.

14) Crisis Management – This is plan that is put in place to deal with unexpected problems in a company such as a product recall or environmental disaster.

15) CSR (Corporate Social/Environmental Responsibility) – This is process of promoting a company as an ethical organization. This may include details of their charity work or fundraising initiatives or partnerships with environmental organizations. This is in an attempt to show how a corporation is fully accountable for its actions.

16) Earned Media – Third-party endorsement for your client, whether from the sharing of media coverage or tweets, reviews and posts from consumers of your client’s product.

17) Ed Cals – Short for editorial calendars, ed cals are a schedule of topics media will cover at a certain publication for the entire year. These can give PR pros a starting point for reaching out to an editor about a story.

18) Embargo – The sharing of unannounced, relevant information between a PR pro and the media that cannot be published before an agreed upon time and date. For example, if you have a new phone model coming out, you contact reporters asking if they are interested in information, reach an agreement that they won’t post the news before a certain time and then give them a preview of the information to be announced.

19) e-PR – This is used to increase an agency’s visibility on the internet and may be done in the form of social media sites such as Facebook, Twitter and LinkedIn and also through an agency or clients own website. This is also a useful way to promote PR jobs.

20) Evaluation – This is when a PR agency monitors the effectiveness of its campaigns on an ongoing basis.

21) Exclusive – Offering first-look information or samples to a single, usually major, media outlet. This means that the information or product won’t be shared with any other outlets until the original outlet has posted their story. This can be a good way to kick off a campaign.

22) Full Service – This is an agency that may offer a full range of complementary services to its clients such as in-house design, marketing or copywriting.

23) Integrated campaign – This is a program that integrates a variety of marketing and communication tools to deliver consistent message to consumers.

24) Launch – The official announcement, usually jumped started with a press release, about a new product or service.

25) Lead time – The amount of time needed by reporters to gather information for their story; varies by type of outlet, with magazines having the longest lead times and online the shortest.

26) Media – This is the umbrella term for a number of communication methods such as newspapers, magazines, radio and TV.

27) Owned Media – Content created by you and your client, such as company blogs, company website and corporate social media profiles.

28) Paid Media – Not just your traditional advertising, this can encompass Facebook, YouTube, LinkedIn and Twitter ads that can work as part of an integrated PR and social media strategy.

29) Pitch – A highly targeted note that is crafted and sent to an editor to gauge their interest in your client. A pitch can also incorporate photos and videos, and ends with a call to action.

30) Press pack/kit – This is a collection of information on a client that is handed out to the media.

31) Press tour – Usually done in anticipation of the launch of a new product or service, press tours are 2-3 day events where you invite select media to interact with your client and their upcoming offerings face-to-face. This can be a great way to enrich relationships with editors you may not often see and allow reporters an early, hands-on look at unreleased projects.

32) Round-up – A story that highlights several products/services that apply to a certain topic, these can range from Valentine’s Day gifts to best products from a trade show. Though these are smaller than feature stories, they are a great compliment to any media relations campaign and can often point out the strengths of your clients versus their competitors.

33) Syndication/syndicate – A news service that takes a single story and places it on several websites or in several outlets nation/worldwide – Associated Press is an example of a syndicate. When a piece of client coverage is syndicated, it means that the same story ran in multiple media outlets.

34) Teaser – This is a promotion that is sent out ahead of a PR campaign to generate interest in a new product or service.

35) Traction – A term to denote interest in your client from a media outlet – this could be a request for more information or actual coverage.

36) Trade publication – A publication targeted to a specific industry for people that work in that industry (usually not for consumption by the general public). Examples include- Variety (entertainment industry) and ComputerWorld (information technology industry).

37) Vertical Media – This looks at the number of media markets for a product or service. As an example a barcode printer can be promoted in the following sectors- printing media, packaging media and food retailing media.

38) Viral Campaign – This is a campaign that encourages consumers to spread an advert to others via email or social media sites.