There are only two war comics set exclusively in the American Revolution. Jerry Drummer – Boy Hero of the Revolutionary War (Charlton) is so obscure that he doesn’t even rate an entry in Wikipedia or Don Markstein’s Toonopedia! Jerry Drummer is a drummer boy in the Continental Army. I guess having the last name Drummer made Jerry think that becoming a drummer was a good idea. Jerry Drummer has a heroic dog that gets Jerry into very unlikely situations that force Jerry Drummer to end up a hero. My family dogs had trouble figuring out that they should go poo-poo outside not inside and never helped me become a hero. I guess I just had bad luck with dogs. 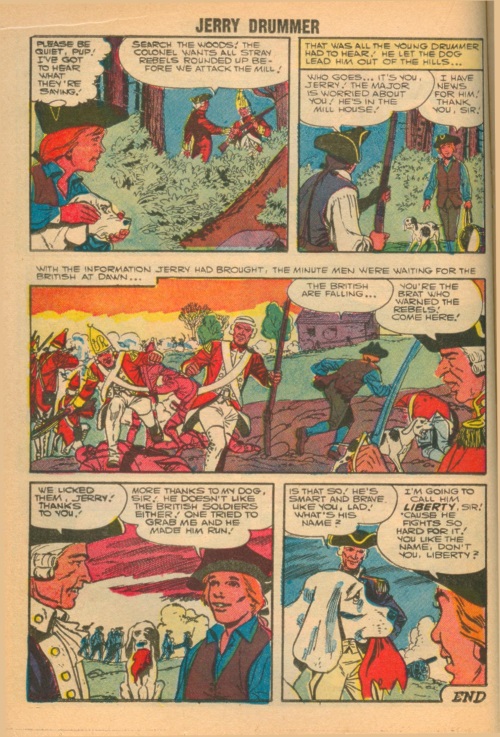 However, there was some historical information included so the youngster received a little education for their ten cents. 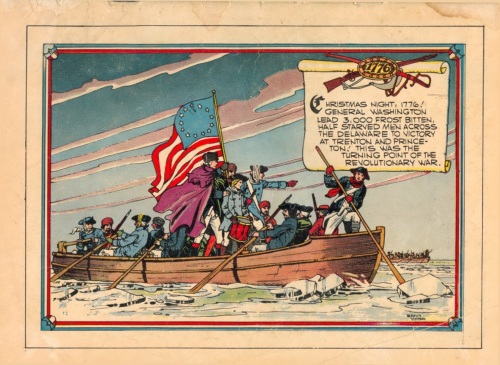 Tomahawk (DC) starts out fighting Native Americans and rarely Red coats but in Tomahawk V1 #81, Miss Liberty (DC) is introduced and Tomahawk starts to take on a marginally larger role in the American Revolution.  Miss Liberty uses fused powder horns as a type of colonial period grenade below. 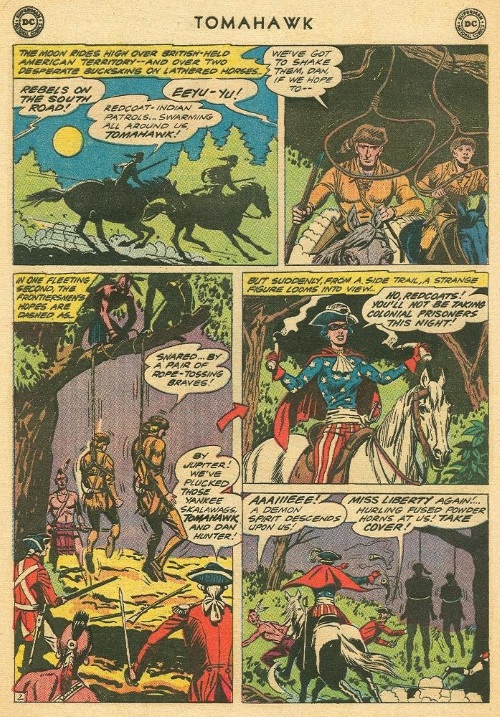 This state of affairs doesn’t last long and Tomahawk soon descends into more and more speculative fiction and even gains superpowers sporadically. This also happens to the war hero Blackhawk but this will be discussed in 11) War Comics plus Speculative Fiction.  In Tomahawk V1, #85, Tomahawk can fly by using bent trees as catapults and uses  fused powder horns as a grenades yet again in the picture below. 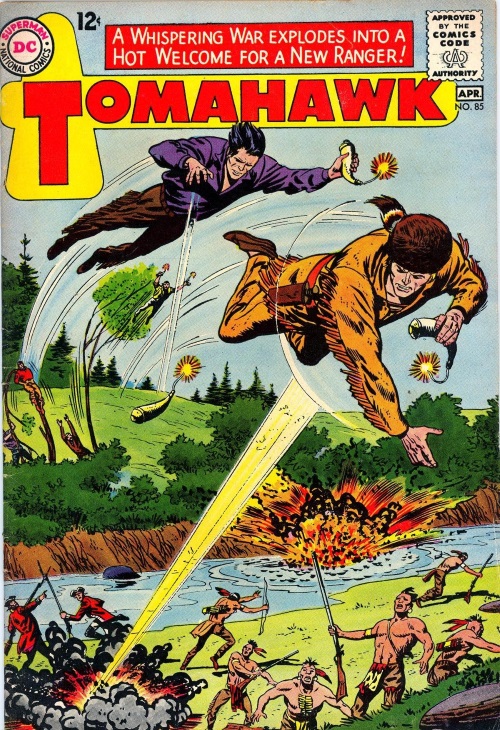 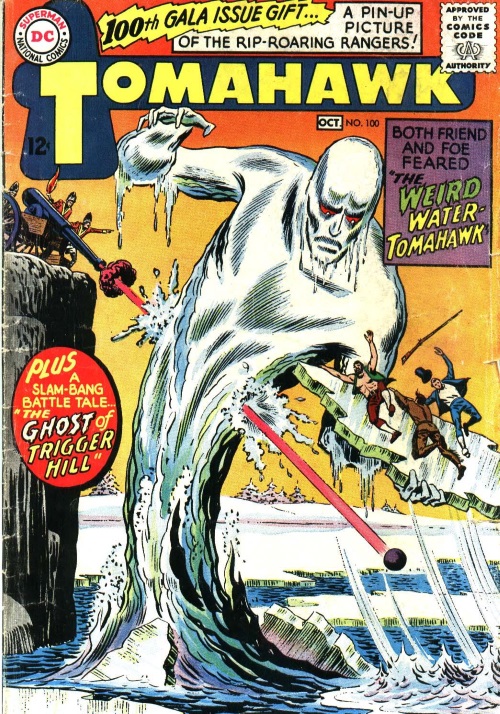 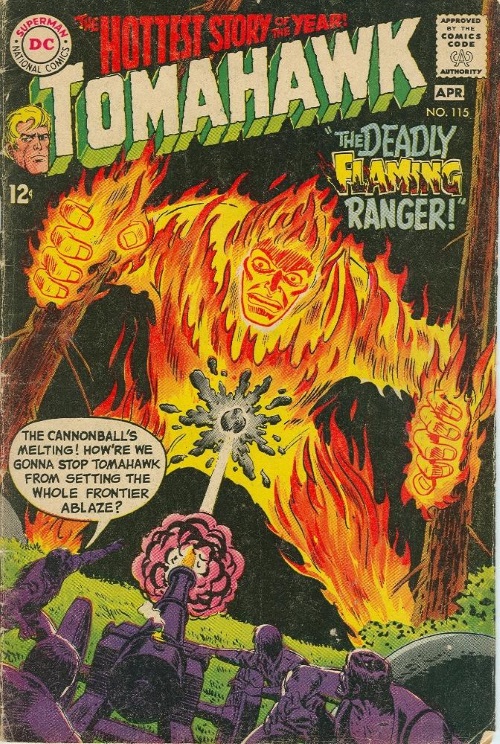 The series tried to become “relevant” towards the end and even has Tomahawk questioning his actions as an Indian Fighter in issue Tomahawk V1 #121.

The DC imprint Vertigo version of Tomahawk eats some mushrooms and has the hero going through a shamanic evolution because the spirit in the woods wants Tomahawk to aid the American Revolution because revolution is after all somehow related to spiritual evolution. I thought revolution was about the redistribution of power within a society and not all that spiritual but I have not gone through shamanic transformation so what do I know? 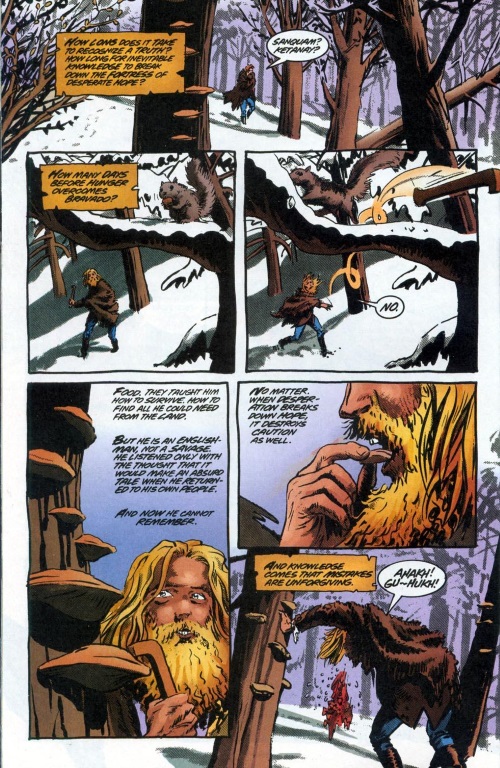 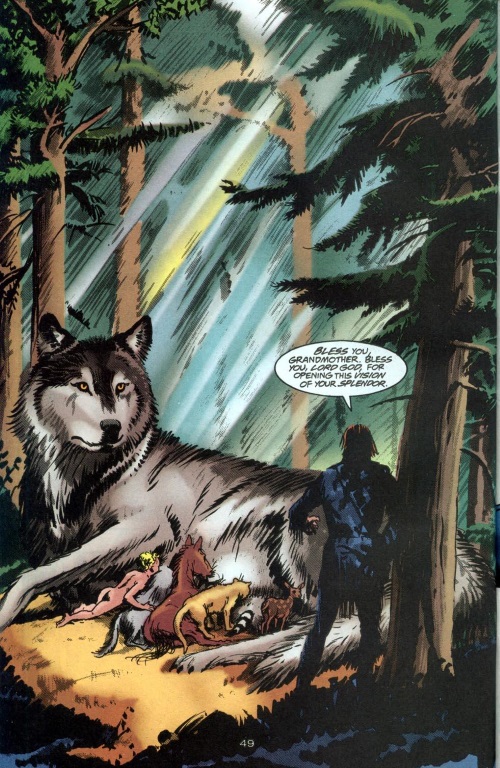 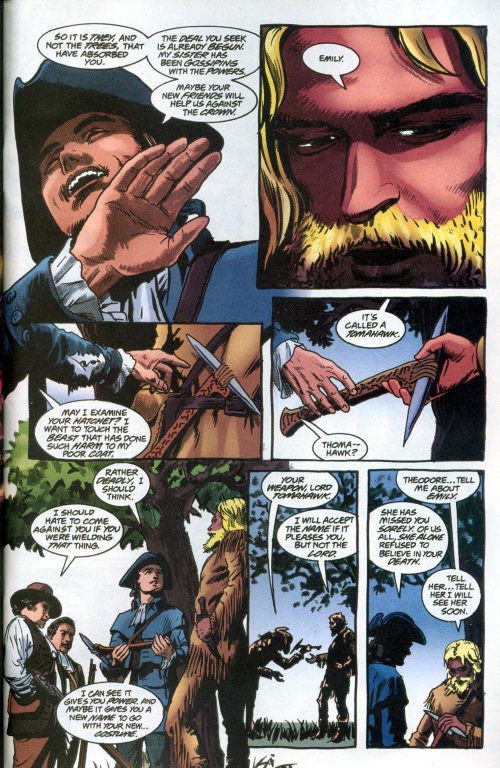 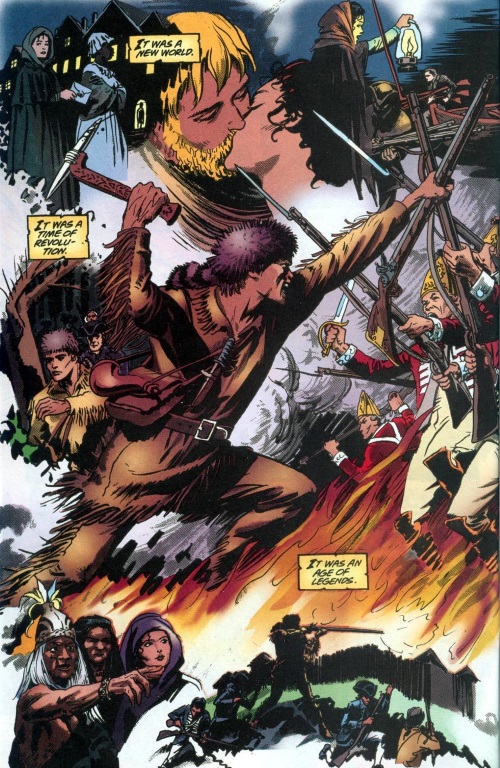 Alan Moore has Tomahawk recovering from reverse culture shock in Swamp Thing V2 #86 by living with the Native Americans again. Now this is a story I can relate to given my own cultural experiences. 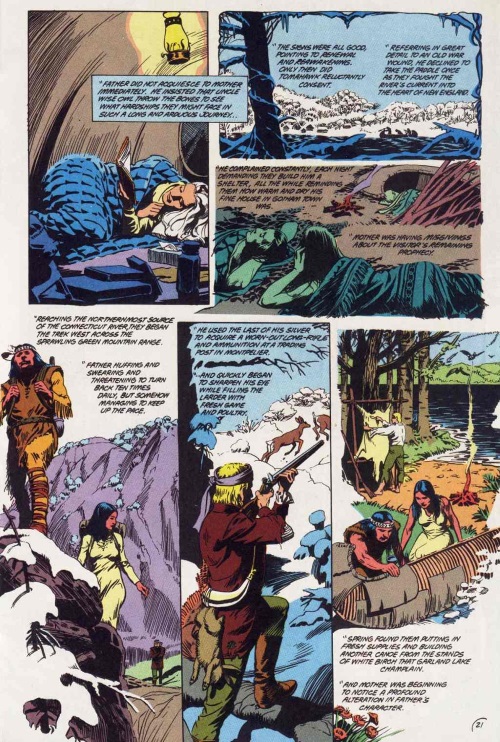 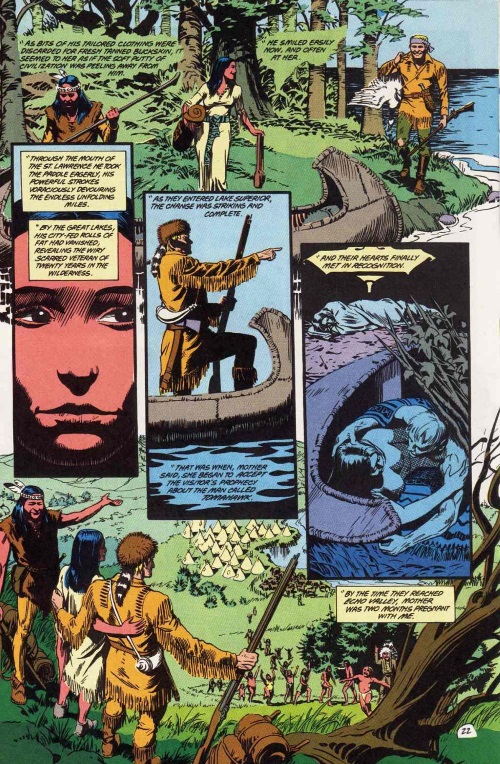 Next 03) War Comics set in the American Civil War