My system is an interdisciplinary approach to creating lessons about a particular culture. The audience for this system of analysis is teachers who want to research information about a culture and then communicate this information to their students so that their students have some tools to deal with the culture studied. This system is a synthesis of deep versus surface views of culture and existing disciplines that deal with culture.

Etiquette – The curricular goal of cultural etiquette should be to help the student understand the beliefs and particularly the behaviors of a culture that have been important for at least a generation. A study of etiquette done appropriately can help us understand the shallow level of a culture. Etiquette changes but is not a pop culture fad that changes overnight. The idea that we can understand culture by looking at daily behaviors of members of that culture is generally the province of the social sciences including social psychology and anthropology. The study of the etiquette of a culture helps a student adjust to a new culture by doing correct behaviors and avoiding social blunders.

Pop Culture – The study of pop culture can help the student understand the superficial values and behaviors of a culture that are relevant to making friends in that culture in the present but may be overnight fads. A secondary goal may be to explore the connection between the current pop culture and core beliefs/core behaviors in order to make a connection between deep and surface culture. Since the 20th century, youth pop culture is often counter culture and a rebellion against enduring values and behaviors and pop culture must be understood in this context.

A curriculum that takes this three pronged approach to culture should give students the tools they need to be effective in their host culture. I would say that many cross-cultural facilitators are actually doing something along these lines but haven’t clearly delineated their curricular approach to cross-cultural studies. Certainly most cross cultural consultants use a combination of the historical and an etiquette approach to culture but may ignore pop culture and this may be appropriate in training situations geared for business meetings and other similar situations.

My system is not the first system of cultural analysis. The Iceberg model of culture and standard Onion model of culture are excellent approaches to cultural analysis. Edward T. Hall’s Iceberg Model of Culture differentiates between surface culture, the tip of the iceberg and deep culture which is unseen and below the surface. The surface versus deep culture insight is a valuable one.

The Onion Model of Culture looks at artifacts, norms and values, and basic assumptions and behaviors and is similar to the Iceberg Model in that both models make the deep versus surface culture distinction. 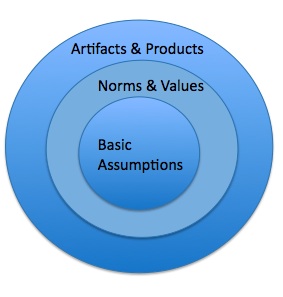 Different existing content areas can be used to focus on surface versus deep culture. There is need for a system of cultural curriculum creation that works within the existing corpus of cultural knowledge as manifested in different fields. If you type “Japanese deep culture” into Google then your results will be abysmal. However if you type “Japanese history” into Google then a wealth of resources will reveal themselves. The same goes for the descriptors “etiquette” and “pop culture”. Deep versus surface knowledge is a good concept but does not match up with how knowledge about culture is actually organized. The proposed system is an attempt to bridge the gap between theory and practice in the area of cultural studies.

Examples of the application of the Fox Cultural Lesson Plan System at: